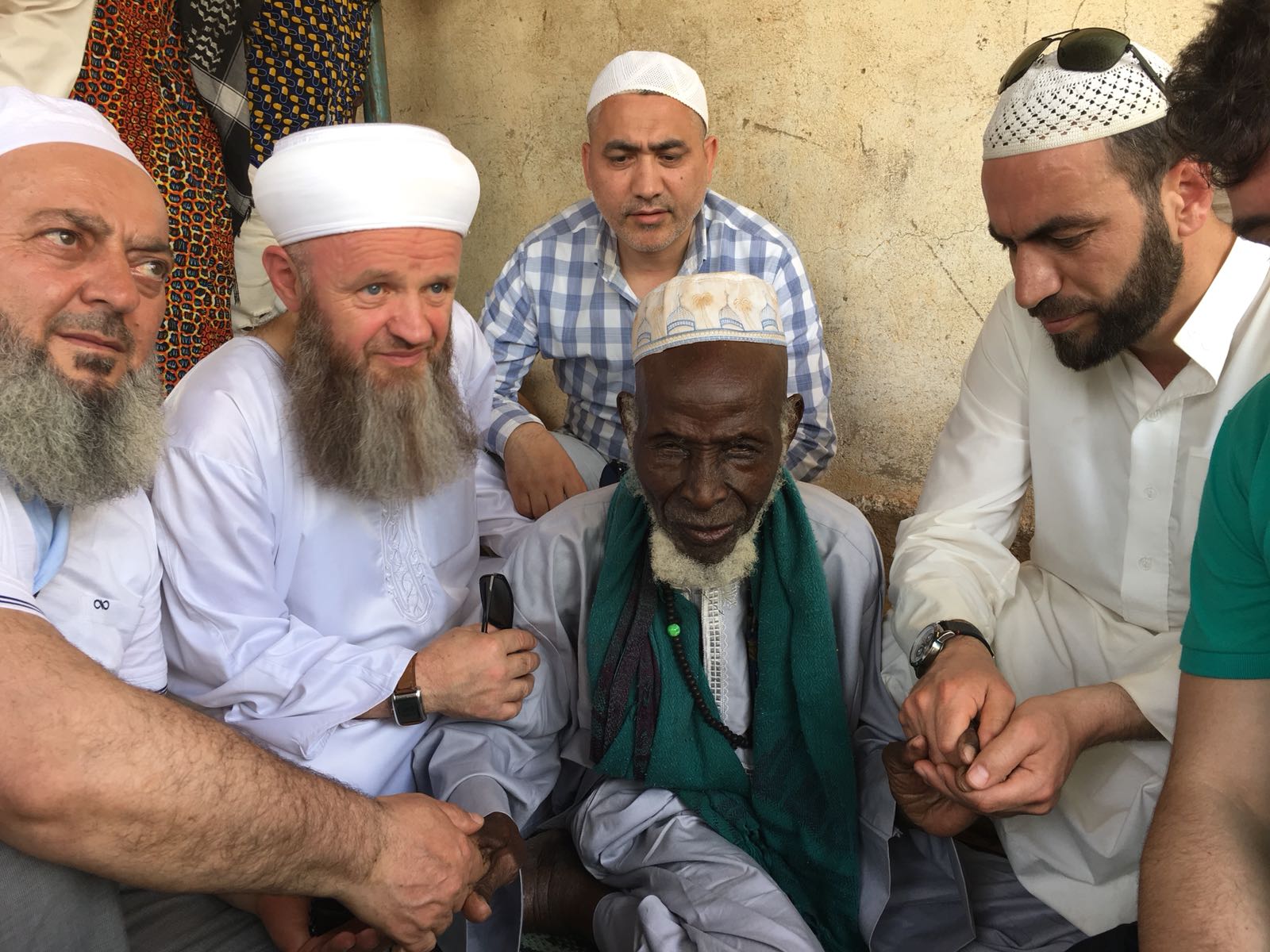 The city of Nango, Burkina Faso, which hosts 8 madrasas built by the IDDEF, witnessed heart-touching moments.

Inauguration ceremonies were held in Burkina Faso, one of the poorest countries of West Africa, for 8 madrasas built in 8 remote villages, 5 masjids, 6 houses for instructors and several water wells.

Having welcomed the 30-person committee participating from Turkey with a great joy, Burkinese Muslims showed great interest to the inauguration ceremony. Benefactors hugged their African Muslim brothers, had heart-to-heart talk and listened to their problems. Everyone living in Nango saw the great efforts and devoted endeavours to earn Allah’s favor during the building process of madrasas. 113-aged Burkinese Ismael Porgo, the oldest person living in the village, made a heart-touching speech about the madrasa.

“We only gave two saplings for the madrasa. But you have watered it by Noor-ul-Islam and it’s become a giant tree.” said the African centennial, Ismael Porgo. A Life Devoted To Islam

Having been one of the students of Sheikh Ebubekir Evvel, the spritiual leader of Tijani Tariqa, Ismael Porgo took Islamic education and began his tabligh activities in 1945. In the beginning, the number of Muslims living in the region was not higher than 20, but now nearly all the residents are Muslims. It can be said that 70 years of tireless devotion and tabligh endeavors has finally borne its fruits and now the Dawah is expanding across the boundaries. New projects were unveiled by Hn. Seyfettin İnanç and Hn. Nedim Payalan from İsmailağa Foundation, Chairman of the İDDEF Execution Board Mehmet Turan and other board members, Board Chairman of the İlkseç Foundation Hn. Ali Ulvi Uzunlar and several other benefactors. Educational activities have been continuing in the madrasas since April.

Oppressed Faces Warmed Up With Kindness In Cold

As İDDEF, we do not leave our brothers alone. we provide winter aid for our brothers and sisters in Idlib, Yemen, Afghanistan and Gaza with the theme ...

Support for the Regeneration of Burnt Forests from İDDEF

İDDEF launched a campaign with the aim of planting 100,000 saplings in the regions affected by the fires in many provinces, especially in Antalya and ...

İDDEF delivered an ambulance to Gaza to heal the wounds of the Palestinians who had a hard time as a result of the Israeli attacks....

İDDEF Will Say "May Goodness be With You" in 40 Countries

IDDEF, in this holy Ramadan aims to touch the heart and make smile under its slogan "Goodness be with you" in Turkey and all around the world....

IDDEF continually brought aid to the people in Yemen, Idlib and the Palestinian refugees in Arsal, Lebanon during the winter....

The inauguration of different projects as the water well, complex, masjeed and madrasah was carried out with the presence of the members of the delega...

The Federation of the Associations

IDDEF is an aid and Islamic organization in Istanbul, Turkey, which it has been founded with the aim of spreading education, and at the same time providing humanitarian aid.