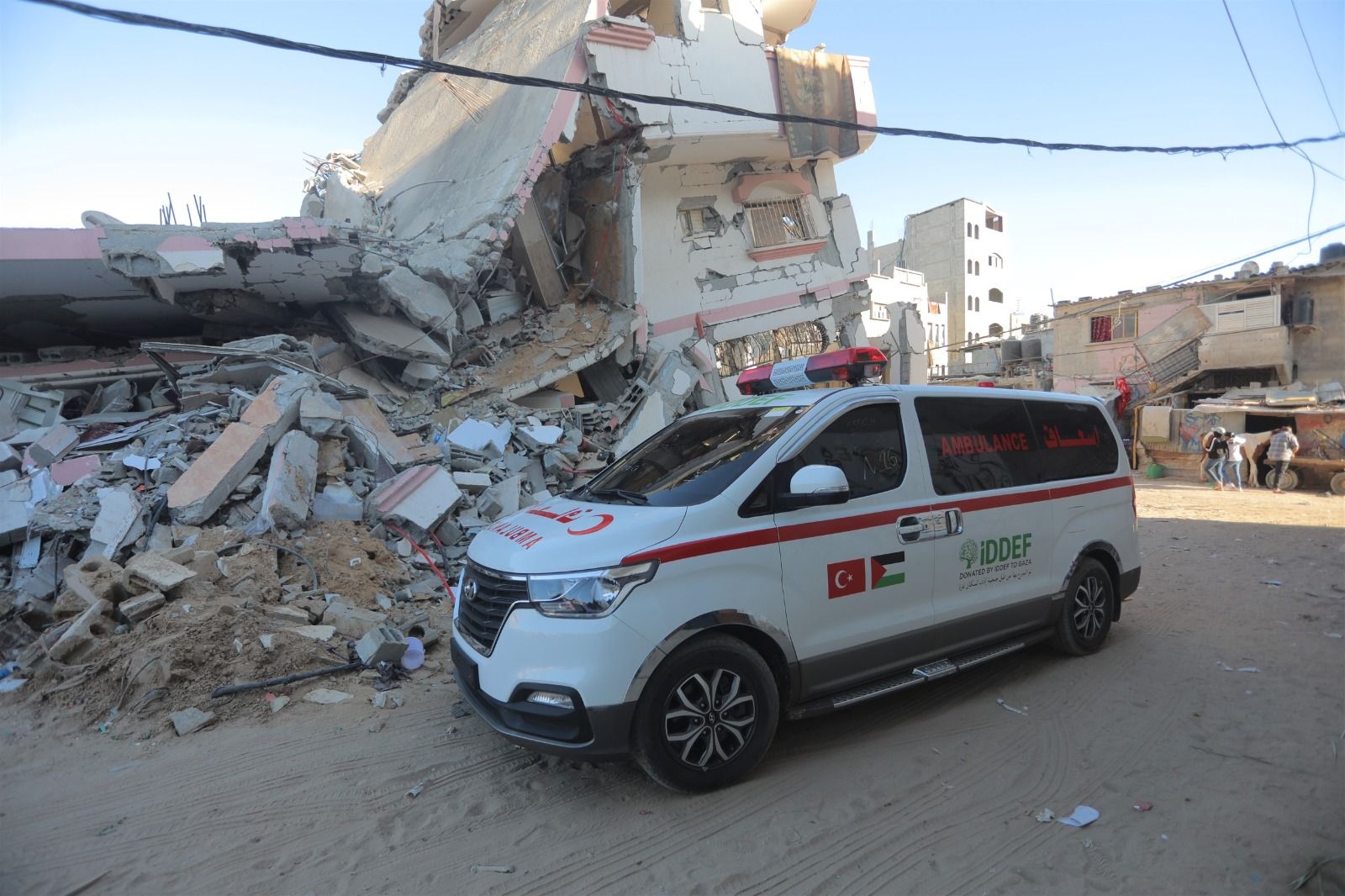 İDDEF delivered an ambulance to Gaza to heal the wounds of the Palestinians who had a hard time as a result of the Israeli attacks.

After the air strikes and land operations that Israel carried out during 11 days, in which thousands of people got trapped and injured under the rubble, IDDEF has sent the first ambulance aid to Gaza. Under the “Delivering ambulance to Gaza” campaign, IDDEF has aimed to send 5 ambulances, which one of them has already reached them with the support of our donors. 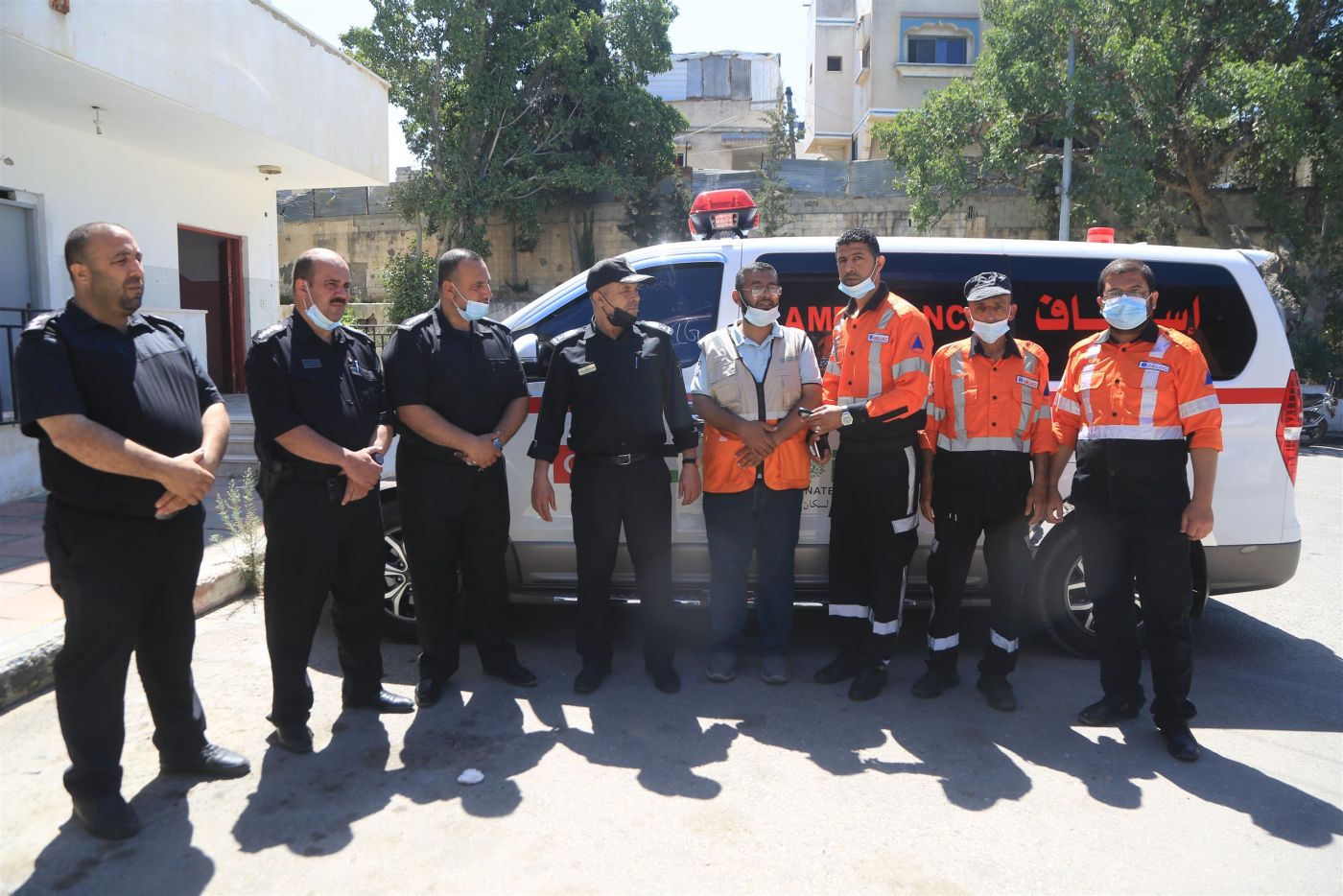 IDDEF explained as follows: “We, as IDDEF, Since the first day, we have been working with our teams in the field with all our strength in order to heal the wounds of the attacks carried out by the occupying Israel against Gaza and killed innocent civilians for 11 days without saying children or elderly people. In this context, we took action to respond to one of the most important vital needs of Gaza; the Ministry of Health and the Palestinian Red Crescent and launched our campaign “Delivering Ambulances to Gaza”. We aimed to bring 5 fully equipped ambulances to Gaza and put them into service of our brothers. With the support of our donors, we delivered our first fully equipped ambulance to Gaza with emergency healthcare needs. Within the next week, we will deliver 2 of our ambulances whose internal furnishing is about to be completed. We will prepare the remaining 2 ambulances in the coming days. With your medicine and health equipment support, we do not leave our Palestinian brothers alone. We will continue to heal the wounds of our brothers with your support” 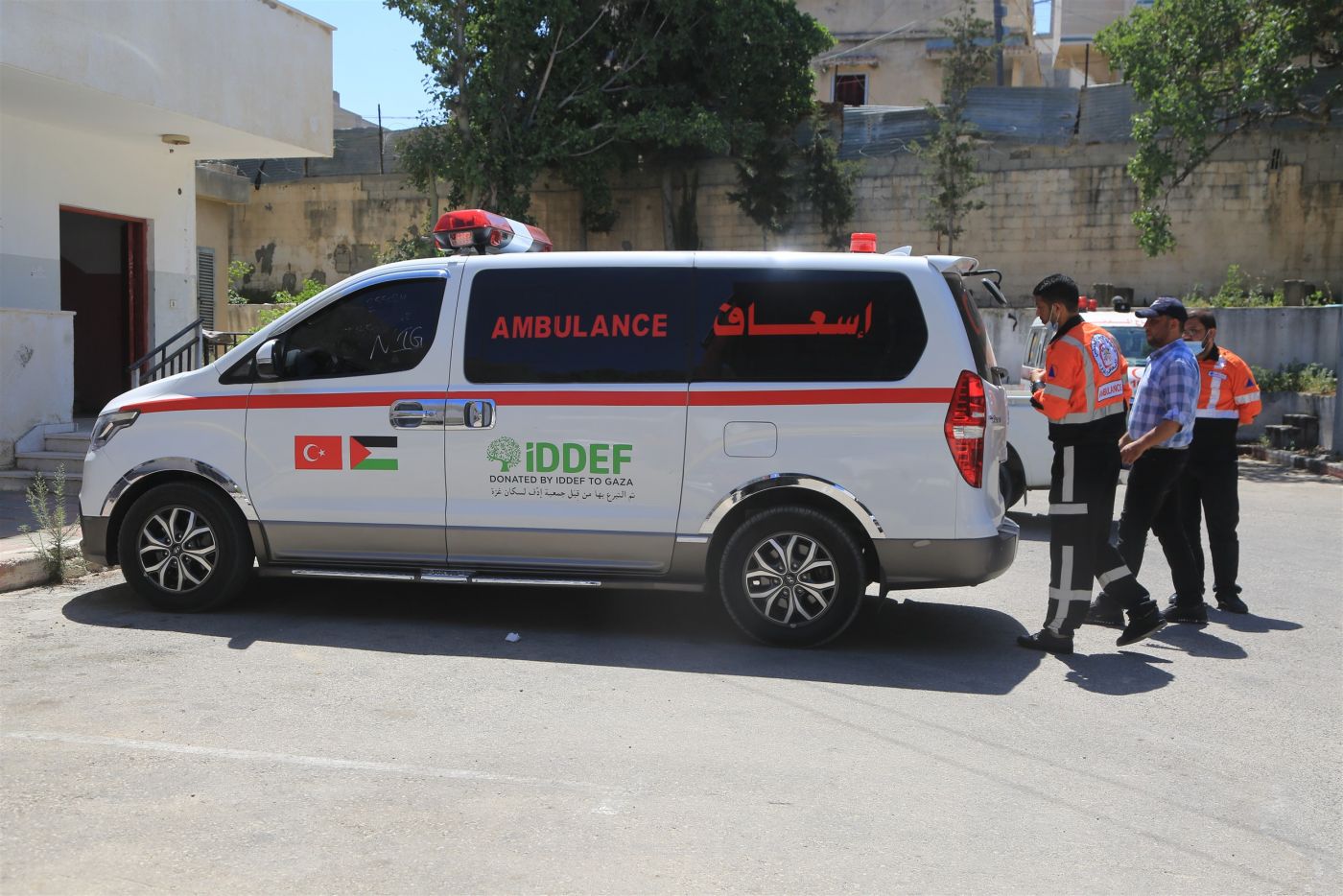 During the Ambulance Delivering ceremony the following explanation was given by the IDDEF representative office in Gaza: 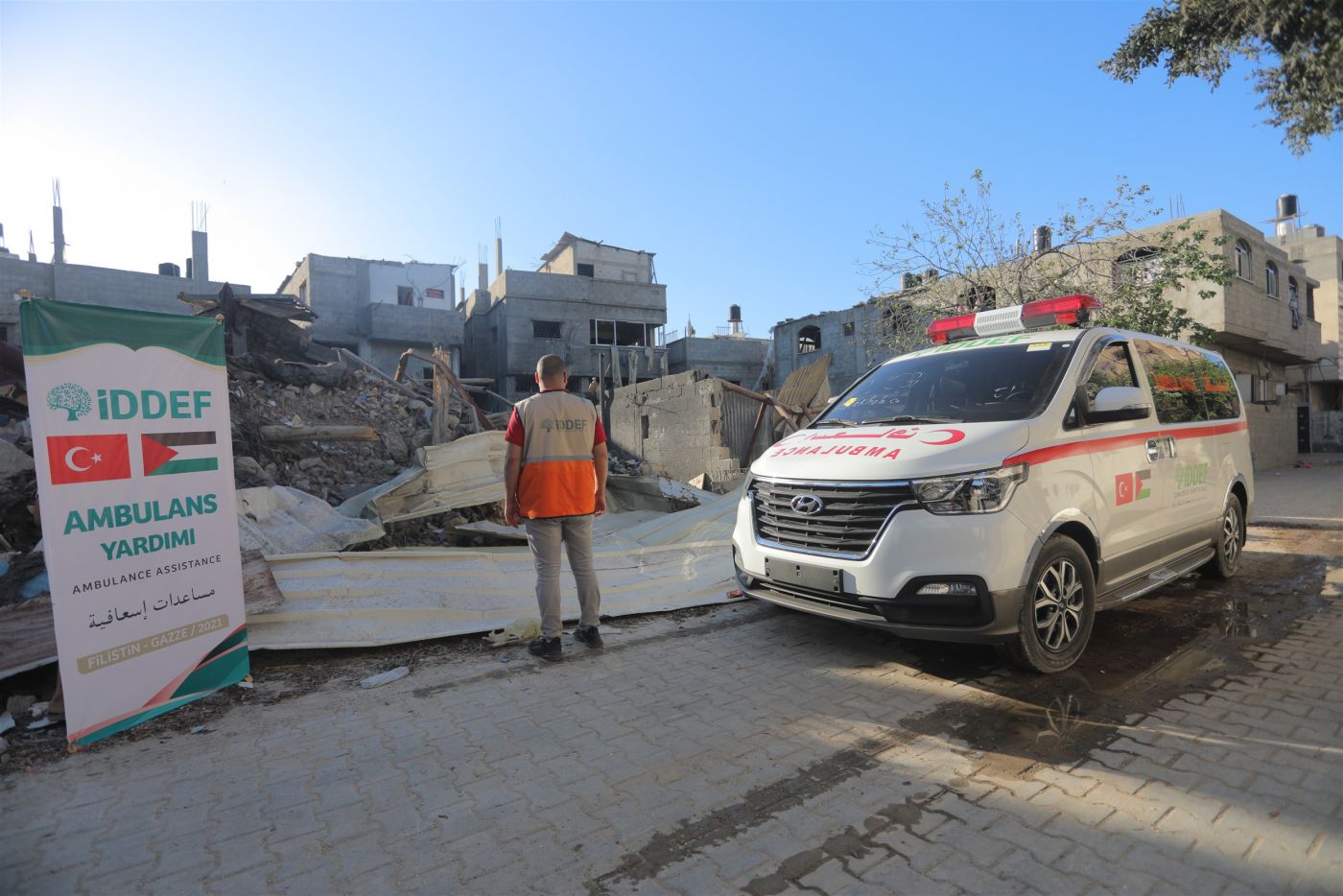 “The all-mighty Allah says in his book: “…and whoever saves a life of a person is as if he has saved the whole humanity…”. On this blessed and unforgettable day, IDDEF, with the support of its donors, we delivered an ambulance to the emergency aid department of the Gaza Civil Defense Organization. In this context, we offer our sincere thanks to the people of Turkey who stand with their brothers and sisters in Gaza during these difficult times. This ambulance comes as part of a collective effort to provide emergency aid to Gaza. We ask Allah to protect them and to accept their aid.” 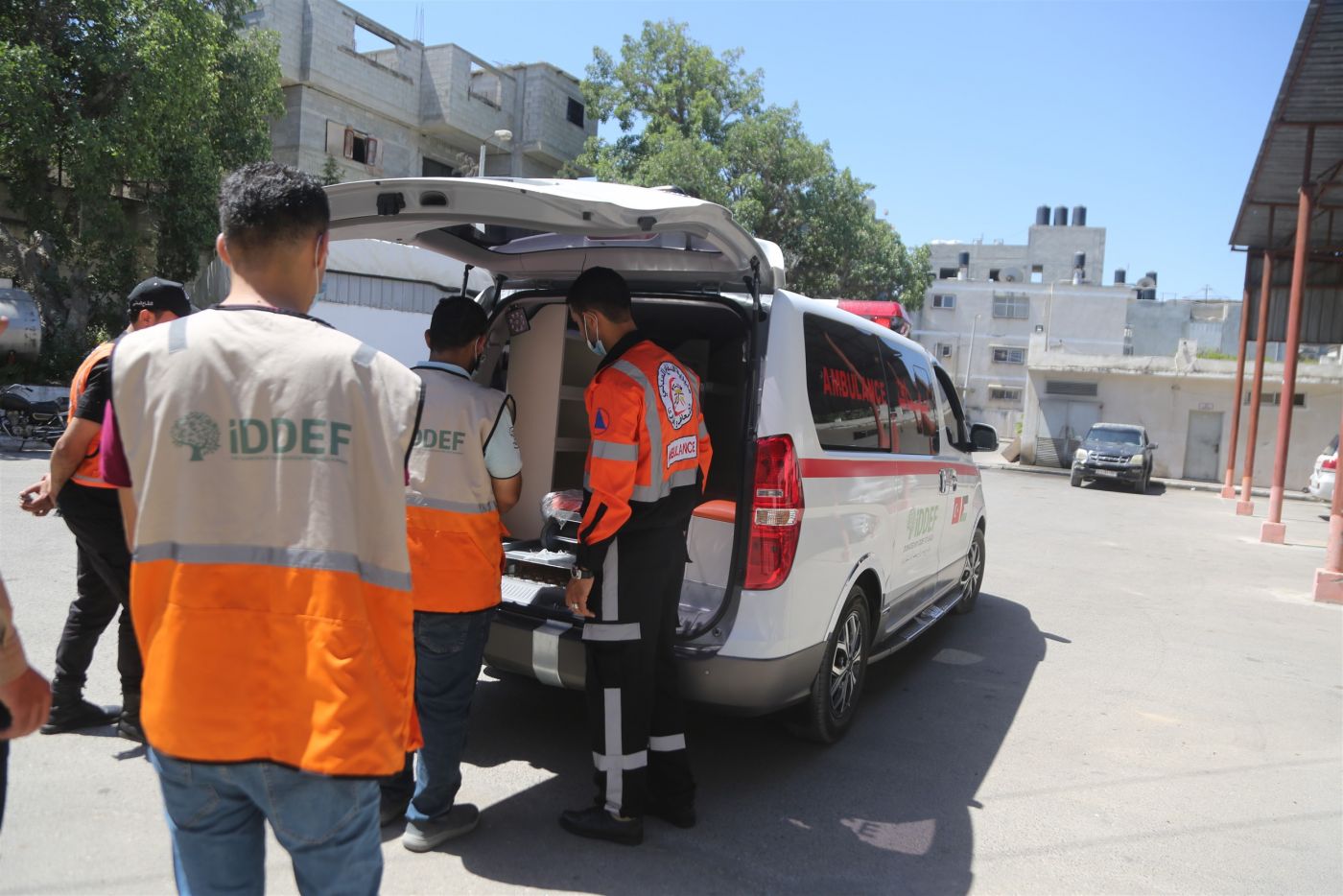 Those people who wish to support this campaign, you are able to make your donation by our website iddef.org/en Donate for an ambulance