This time, this Palestinian mother cried with joy. 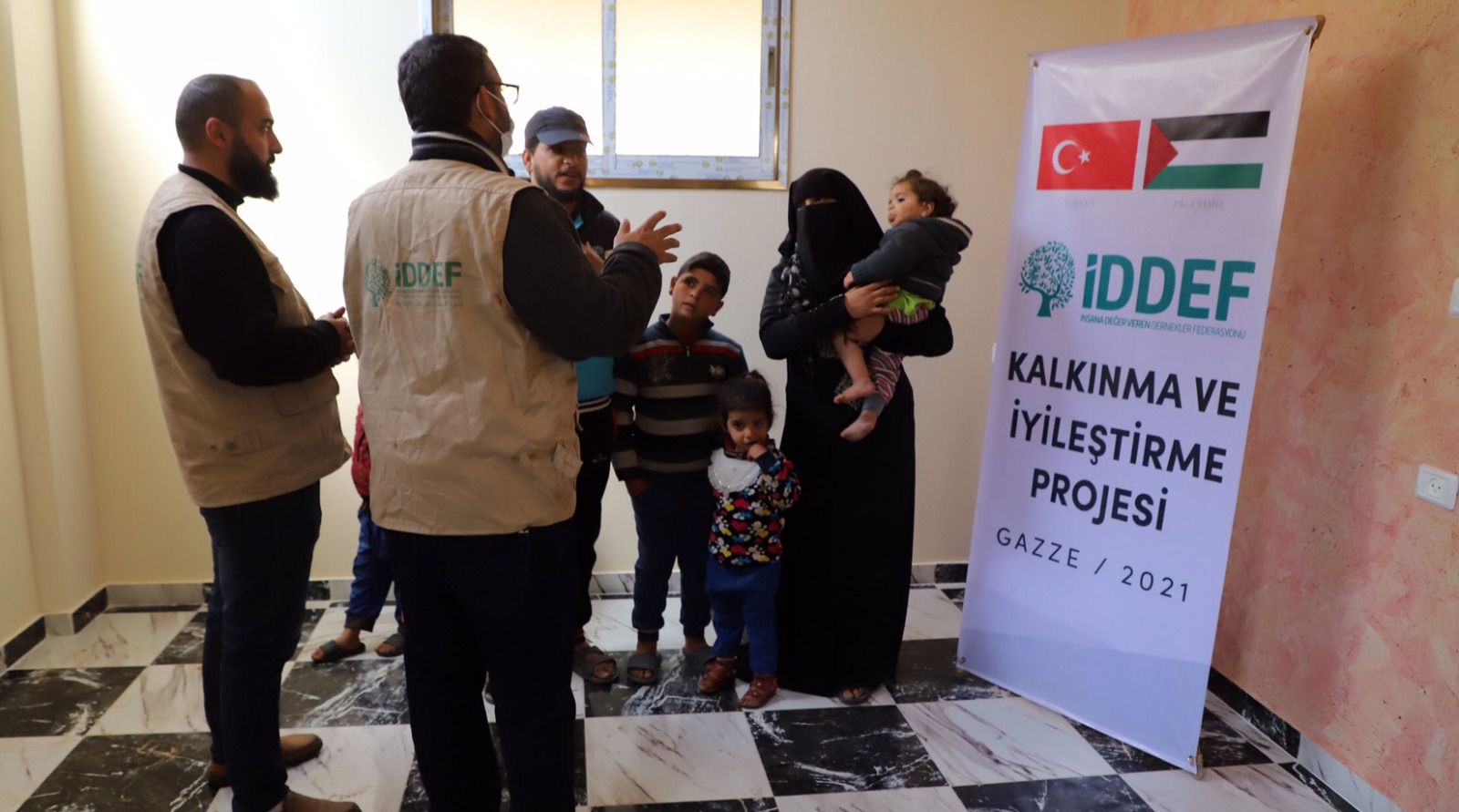 IDDEF, with the support of its donors, helped Umm El-Meliha, whose house was destroyed due the Israeli attacks to the Gaza's strip, by building a new house.

IDDEF, this time was the hope for Umm Muhammed El-Meliha, mother of four children who is trying to stay alive in the Gaza strip. In the pasts months, due the heavy rains that damaged the makeshift huts, she found her daughter sleeping under water. Umm El-Meliha, who lives in the Gaza strip, after seeing her daughter sleeping in the water, she burst into tears. IDDEF, then took action immediatly by communicating the world her situation. With IDDEF's "Keep a Warm heart" campaign and the development project carried out by our donors, a new house was built, thus giving the family a new home. When Umm El-Meliha and her children visited the new house that IDDEF and its Gaza team were finishing, they lived one of the best and happiest day of their lives, when they took the first step in the home that they dreamed. Then she shared her feelings saying this: “I used to live in a unhabitable place. No one would live in there. Now I feel like I’ll fly because this happiness and excitement. The kitchen, the windows, the toilet, the sink faucets, everywhere is clean and tidy. When I entered to this house, I felt different. The floor is beautiful, people can have fresh air here, the light come in through the windows. When people enter to it, it finds comfort. May Allah be pleased with you. I thank IDDEF and all the Turkish people for their help”. IDDEF continues giving support to all the Palestinians who are living in the Gaza strip in makeshift huts. Anyone who wish to help them through us, can support them through our website. The first days of the construction of Umm El-Meliha’s new house... After intense work, we raised the walls. After two months this family entered to their new home.