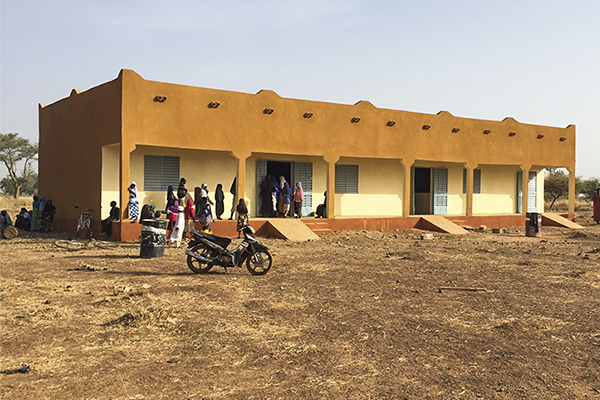 We, as IDDEF, help people who feel the need for a place of prayer and education by building mosques, masjids and madrasahs in the four cardinal points, all with your support. Along with the construction of 61 madrasahs, mosques and masjids in 33 countries, we have completed 49 permanent works in Africa and South Asia over 3 years with the help of our donators. In the rural area of Idlib, Syria, we built 598 brick houses to all the people affected by the war. We built in 2018 21 madrasah, masjids and mosques, in 2019 13 and in the last year 15, with this we provided to our brothers the opportunity to make their adoration and to reach free education, finally we could strengthen ties between Muslims in that area. With your support we continue to build permanent works in this difficult and insecure area. Would you like to donate with a sadaqa jariya with a permanent work? The madrasahs are institutions that prepare people as scholars according to the method of the prophet Muhammad (SAW). Madrasah might change the life of those who don’t have access to a good education in this area. That’s why we build sunni madrasahs (Ahl-I sunnah wal jamaah) in all the countries where we are working in. Nowadays more than 187 million of Muslim children don’t have the opportunity to learn their religion. This number means that for each two children one of them doesn’t have this religious education. As they are living in rural areas, they are target of other people with missionary aims or even wrong philosophies. Then they’re tricked and used for war, separatism and terror. The solution to all these problems lies in the correct teaching of Islam. The best way to learn it is through scholars who have learned according to the method taught by the prophet Muhammad (SAW), finally the institutions that teach this method are the madrasahs. People in need of education who live in this area, can change their lives thanks to the madrasah. That’s why we continue working on the construction of new sunni madrasahs in every country where we are. A masjid that IDDEF build.

Where does IDDEF build madrasahs?

Each day that passes IDDEF grows exponentially, at the end of 2016 it has become a renowned sunni institution in 33 countries. With this motivation, the goal is to open new ones in new countries. Usually, madrasahs are opened in places were poverty and illiteracy are prominent because, these people have been expelled from the whole outside world, and this situation let us to teach them and turn them to big scholars, while we also drill wells and provide humanitarian aid to that area.

According to the economic conditions of the county the type of construction and size of each madrasah might change. Knowing this, in order to teach at least 30 students, the minimum amount for a madrasah is 25,000 US. However, our supporters can be part of this construction, being the means of building a madrasa alone or only part of it. Support can be from 100 US to 100,000 US being the later the fee for a madrasah with three class room, one dormitory and lunch area.