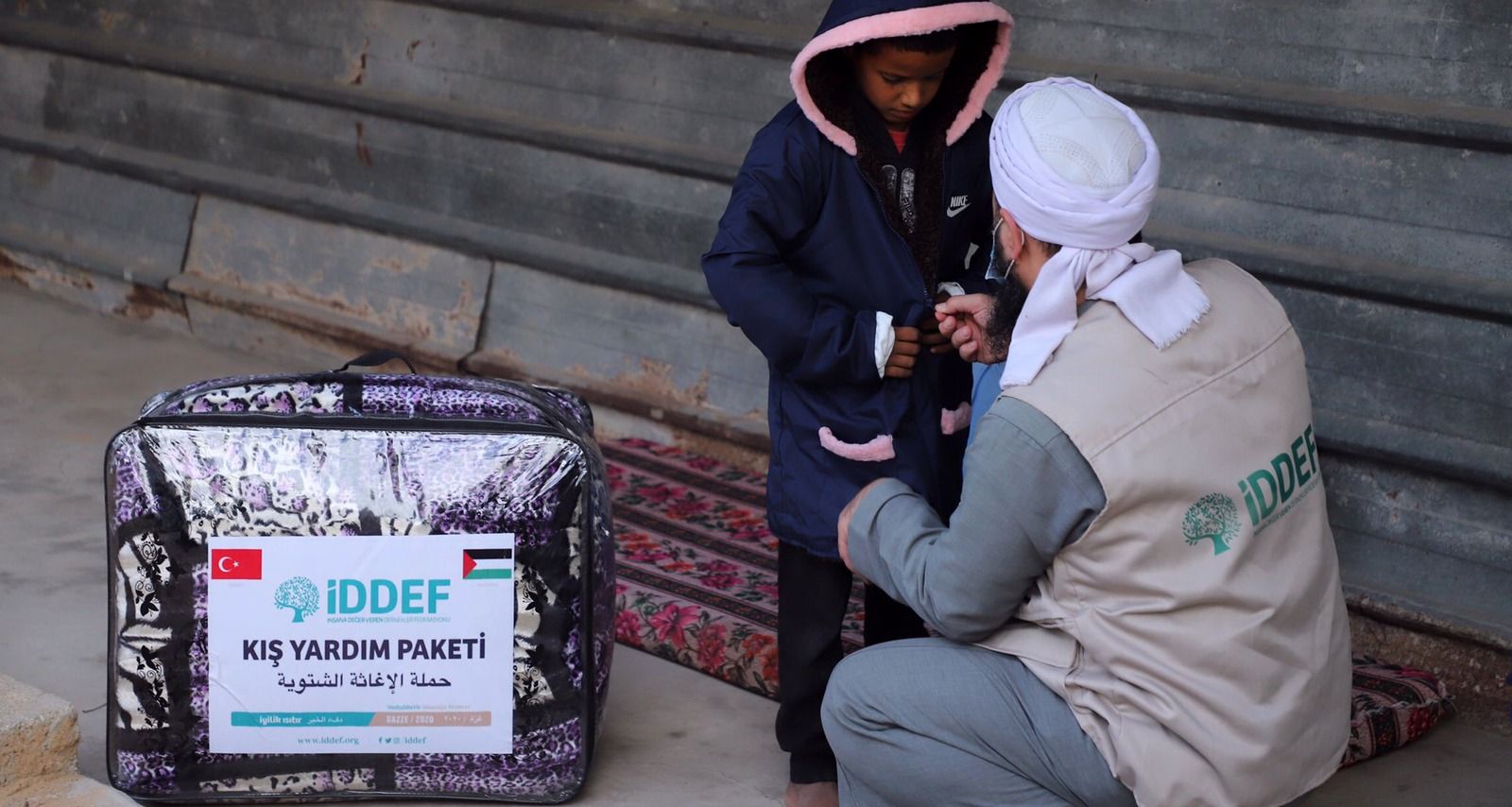 IDDEF continually brought aid to the people in Yemen, Idlib and the Palestinian refugees in Arsal, Lebanon during the winter. IDDEF, which Works uninterruptedly bringing humanitarian aid to Idlib, Yemen and Gaza, under “Keep a warm heart” slogan, delivered food storages, winter clothes, blankets and fire wood to all the people in need in these areas. All this winter help was given to 1000 families in Idlib, 850 in Yemen, 400 in Arsal, 450 in Gaza.

In the statement made by IDDEF, It was said the following: “Especially in the winter season, we strived to be with our war-torn brothers who are trying to hold on to life in safe areas by leaving the cities they live in due to the civil war that has entered its 6th year in Yemen. We did not leave the oppressed families who try to hold on to hunger and epidemic diseases in the tents they set up in rural areas away from the conflict environment in Yemen, within the scope of our "Keep a Warm Heart" winter aid campaign. We started it for Idlib, Lebanon Arsal, Yemen and Gaza. We ran out the campaign under that slogan. Our team in the region tried to bring hope by visiting the oppressed who took refuge in the makeshift tents during these difficult days. We delivered food packages, winter clothes and blankets to 850 families who had problems with food, shelter and heating. With the support of our donors, we tried to put a smile on the sad faces of our children who are in pain at a very young age. Our aid will continue throughout the year.” In the statement It is said that efforts were made to alleviate the increasing difficulties of Syrians in Idlib and Lebanon during the winter months: “Within the scope of the “Keep a warm heart” aid campaign, we distributed clothing aid to 20,000 people, food packages to 4,000 families with the “Goodness Bazaar” project in Idlib, we delivered 7 trucks of coal, that is, 110,000 kilograms of coal to the region. We built a total of 600 briquette houses in six different regions -which is the biggest need of the winter months-, established a water tank for each family, and provided food and firewood to families, also we continue to deliver bread to every day to them. We have completed the roof renovation of 192 of the briquette houses, which were not suitable for winter conditions, also distributed 40,000 bread to our brothers who live in there. We delivered food packages and firewood to 400 Syrian families who had tough times due to the harsh winter conditions in the tent city in the Arsal region of Lebanon, where they fled from the war and took refuge. With the support of our donors we kept their heart warm” The following information was shared in the statement, in which work was carried out for families in the Gaza Strip whose homes were destroyed and there was no clean water: “The winter months were very difficult in Gaza, where the poverty crisis was growing day by day, and who strived to survive under blockade and attack. While families whose homes were destroyed in the Israeli attacks struggled to survive in the makeshift barracks and nylon tents they built, heavy rains made them had a hard time. We took action with the support of our donors for one of them, a mother in Gaza, whose house was destroyed during the attacks, and her child was found in water in her sleep and was engraved in our memories with her desperate struggles. We brought this family to a warm home with their children as part of the Development and Improvement project. In Gaza, we distributed food and hygiene packages, blankets and winter clothes to our brothers who are trying to hold on to life despite the blockade, epidemic and harsh winter conditions, to make them comfortable in winter. In this context, we provided winter assistance to 450 families in Gaza and started work on establishing a water well and treatment facility that will benefit 20,000 people annually. May Allah be pleased with all of our donors; we thank each of them”